Knowing badminton rules is essential to get a good understanding of the game. Whether you want to play the game just for fun or to get professional, a solid understanding of the rules will give you complete command of the game. If you are not aware of certain regulations of the game, then your opponent might exploit your lack of awareness and gain unfair advantage over you. To guard against such happening, you need to know the basics of the game. In this article, we will provide you with a brief description of the rules of badminton. 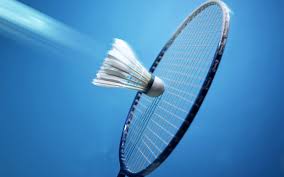 Badminton rules states that there will be a toss between the two persons/ teams. The winner of the toss will decide from which end he will serve and he gets to serve first.

The side winning a game gets to serve first in the next game. To add points to a score, a side needs to be the serving side. However, BWF have been testing a new scoring format of 21 points per game for all major Badminton competition for quite a while and have decided to replace the old format permanently.

According to badminton rules, one needs to change ends with their opponent after finishing the first game. If a third game gets to be played, change of ends should be done when the leading score reaches 6 in a game of 11 points or 8 in a game of 15 points. 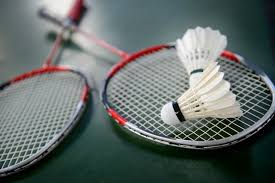 Umpire or a player calls ‘let’. In the absence of a umpire, a player can call let to halt play.
A ‘let’ may be given for any unforeseen or accidental occurrence.Badminton rules consider the following as ‘lets’:

If a shuttle gets caught in the net and remains suspended on top or gets caught after passing over the net, it will be counted as ‘let’ except on service.

If the receiver and server are both faulted at the same time during service, it will be a case of ‘let’.

If the server serves before the receiver is ready.

If the shuttle disintegrates and the base totally separates from the remainder of the shuttle during play, it will be a case of ‘let’.

If a line judge is unsighted and the umpire is unable to make a decision.

A ‘let’ may occur due to a service court error. When a ‘let’ occurs, the play from the last service does not countand the player who served will have to serve again, except where in situations where the Law of Service Court Errors is applicable.

Shuttle not in play

Play will remain continuous from the first service until the match is concluded. Intervals are allowed not exceeding 90seconds between the first and second games and 5 minutes maximum between the second and third game.